Ari was a volunteer at a local shelter. She was having a typical workday when animal control contacted her about a stray puppy.

Animal control found JJ living on the streets. She wounds of an unknown origin all over her body. Unfortunately, since she was so young, she was not able to stay in the shelter.

JJ was handed over to Ari, who was willing to foster the pup. Ari brought JJ home and was determined to train her and get her ready to find her own forever home.

As soon as Ari and JJ arrived home, the pup crawled onto Ari’s lap and fell asleep. It was evident that the dog had a long day since he slept through the night.

The moment JJ got medication the next day, she started to act like a puppy. She ran up to Kye, Ari’s other dog, and began to play with him.

Hours later, Ari noticed that JJ was unresponsive whenever she called for her. Ari knocked on her cabinets, trying to get the dog’s attention but soon realized that the dog was deaf.

After her realization, Ari had to change the way she was taking care of JJ. She had to be more careful and patient since the pup had special needs. Ari trained JJ and taught her hand signals.

A few weeks into fostering JJ, she was featured on The Dodo’s youtube channel. Hundreds of people loved her, and dozens sent their applications to adopt her.

Unfortunately, as JJ grew older, she developed a skin infection because of all her health issues. Ari postponed finding JJ her forever home and focused on taking care of her.

It took about nine months before JJ’s skin fully healed. Despite strengthening their bond for the last months, Ari was excited that JJ was ready to be adopted.

It didn’t take long before JJ was adopted by a lovely family that had a dog. Kirstin, JJ’s new owner, was determined to give JJ a life he deserved. 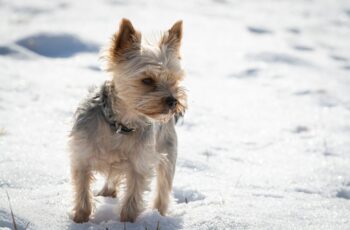 Sergi Basoli is a Spanish kayaker who sails along the … 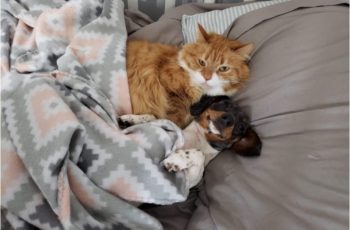