Olga is a German Shepherd that has lived all of his life in a military training camp. Through the years, he became the star of their K9 unit and has worked hard to gain that status. And when he reached his senior years, he even became part of the K9 training team that made sure that the new recruits become effective members of their new unit.

But old age slowly crept up on him. he was once a very powerful and energetic dog but he slowly lost that. He became slower and easily got tired. It was evident that it was time for Olga to retire.

One of the soldiers that got very close with Olga was a soldier named Lee. They worked together all the time with Lee as his handler. There would even be times when the soldier was stationed as a night guard and Olga would loyally be by his side the whole time. 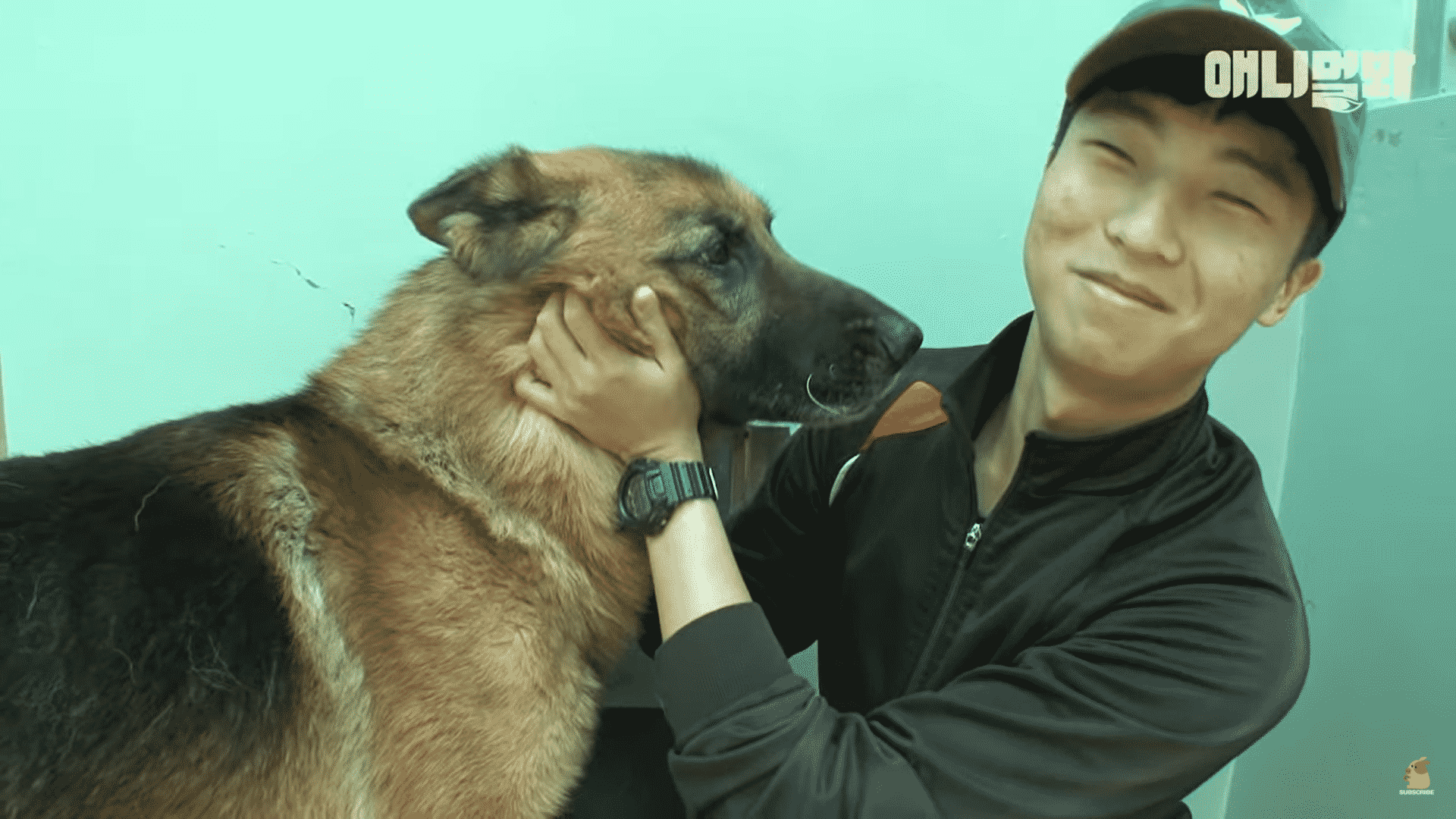 Their time together developed a strong bond and friendship. So it broke Lee’s heart seeing Olga become a shadow of his former self. And when he learned that the dog was being adopted by a civilian family, he could not hold his emotions back. When he said his goodbyes to Olga, his tears started flowing.

To honor the service and loyalty of Olga and other retiring K9 members, the camp held an adoption ceremony. There, Lee read an open letter for the dog’s new owner. He said that he hoped that they would take care of Olga and make him happy. After the ceremony, the dog was brought to his new home in Jeju Island.

At first, Olga did not adapt well to his new surroundings. He refused to eat and play. Thankfully though, his new family was patient with him.

They showered Olga with love and attention, and slowly he became comfortable with his new living conditions. He even had a new brother, a retriever named Harry.

It would seem that Lee has nothing to worry about.

A local television network in South Korea has a segment …