Jem’s parents only knew that the dog was already at the doggy daycare center when one of the staff called them about the dog. According to Carriere, he was beginning his morning shift at the Happy Tails Pet Resort and Spa when he saw the front door moved.

It was only 6:30 in the morning during that time, so Carriere told himself that he was not yet expecting any guests that early. But when Carriere poked his head around the corner, the staff realized that there was a solo dog visitor at the porch.

Fortunately, Carriere recognized Jem because the latter was a frequent visitor at the doggy daycare center. As such, while the dog was alone, Carriere welcomed Jem with open arms. In an interview, Carriere mentioned that he was shocked to see the dog there early in the morning. But more than that, the staff was also impressed at how the dog managed to go there by herself.

Carriere immediately called the dog’s owners’ attention and informed them about the dog’s visit at the doggy daycare center. At first, Jem’s parents thought that the staff was pulling off a prank. But when they checked their house, the dog was indeed not there.

As such, Jem’s parents immediately stormed into the doggy daycare center to see whether it was indeed their dog. When they arrived, Jem was wagging her tail happily and looked at her parents. The parents then brought the dog home to eat breakfast and return to the doggy center later on to play. 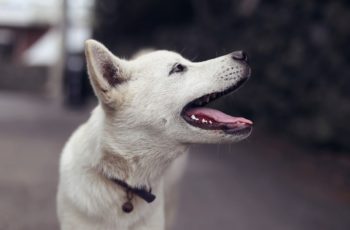 There were meat markets scattered all over South Korea, which … 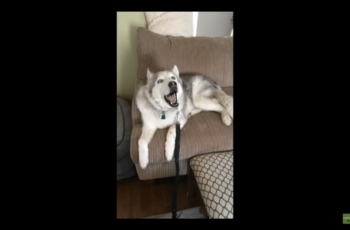 Typically, all dogs would do everything just to get permission …