Dogs can be taught many different tricks. But did you know that dogs can even be taught to save lives? Yes, you read that right. In fact, hundreds, if not thousands, of dogs are trained yearly to save lives as support and service dogs. These dogs undergo rigorous training to make sure they fit the needs of their handler.

Many of these dogs even end up as internet heroes who save lives day in and day out. Some accompany the military in the thick of battle, while some act as the eyes for the blind. Many also help people deal with mental disorders such as anxiety, PTSD, and even depression.

But while expert trainers rigorously train service dogs, there are dogs like Cooper, who are trained by their owners to perform something like CPR. This procedure is necessary to restart a person’s circulation and breathing in cases that could have been fatal if CPR was not performed.

While Cooper’s form of CPR is not perfect, it only shows that dogs are indeed easy to train when it comes to saving lives. In the video, Cooper’s owner wanted to see how her dog will react when she faints. And so, she rolls the camera and pretends to collapse in front of her ever-observant dog.

As Cooper is performing CPR, his owner rewards him by giving him treats while still pretending to faint. Cooper performs CPR for a couple of minutes until his owner finally gets up and praises him for his effort. What a smart dog!

Watch the adorable first responder perform CPR on his owner in the video below. 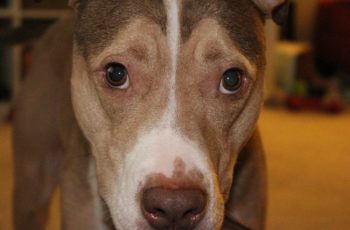 Losing a pet is like losing family. When a family …

There were meat markets scattered all over South Korea, which …