When several pets are living in a home, there’s bound to be some issues concerning boundaries.

This kitten’s name is Simon – he firmly believes in having his own space. Unfortunately, his friendly housemate Bailey, a golden retriever, thinks otherwise. 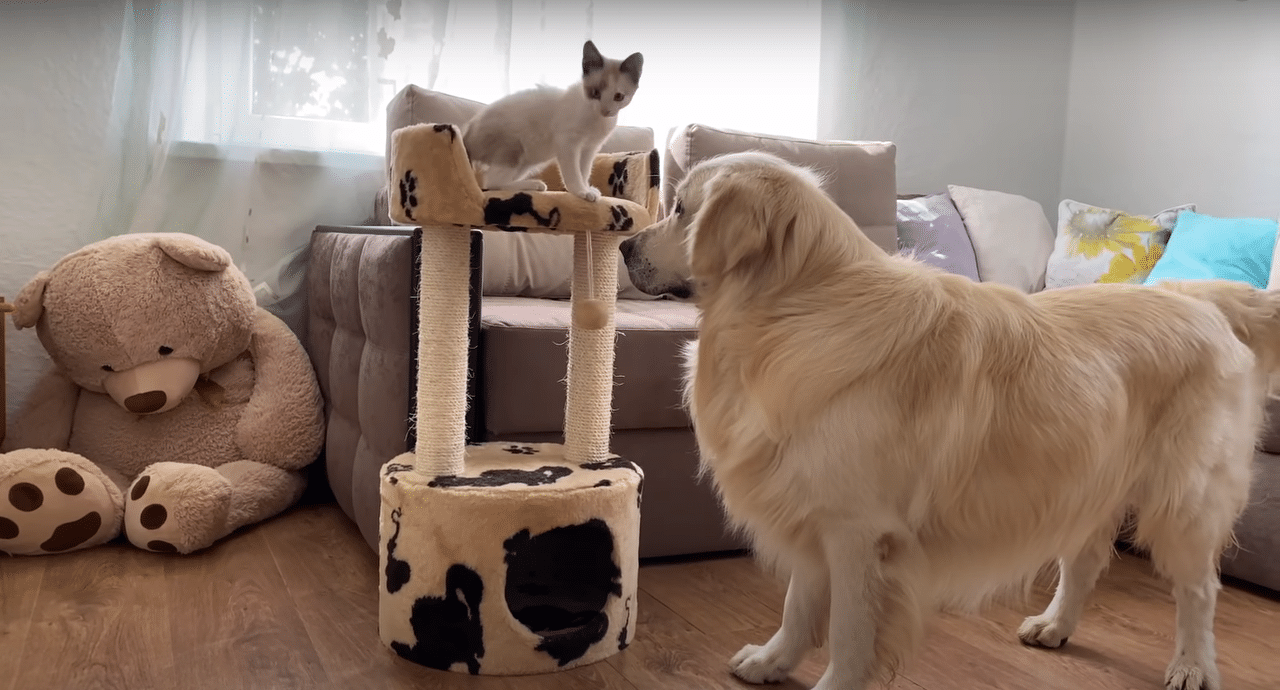 For Bailey, living together means precisely that. No space is assigned explicitly to one only; everything’s shared.

Simon does not agree, so both pets defend their belief about the feline’s right to space. Bailey ignores his housemate’s apparent dislike of his space invasion and continues his naughtiness. 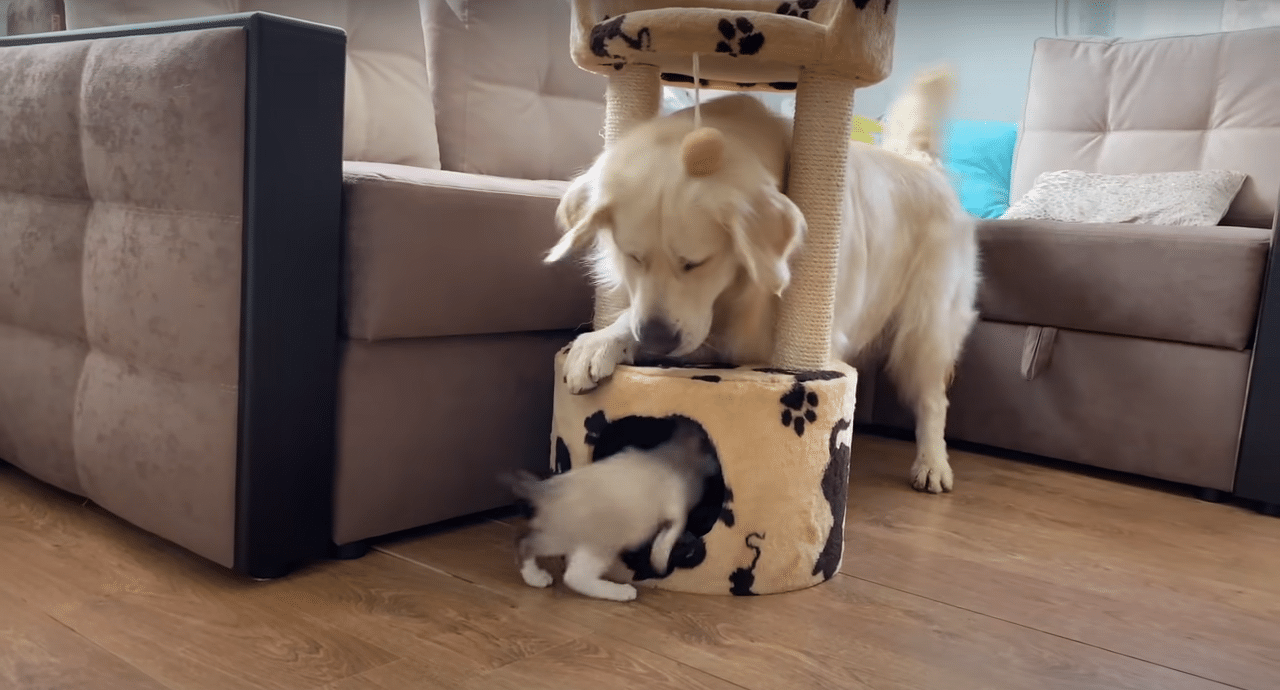 Simon climbs up, Bailey follows. The cat enters a small hole in his tower; the dog pokes his paw at him. The back-and-forth was relentless, with the cat growing more frustrated by the minute.

Bailey stays firmly in the kitten’s space, letting him know that house occupants always share, regardless. You could imagine Simon’s thoughts. 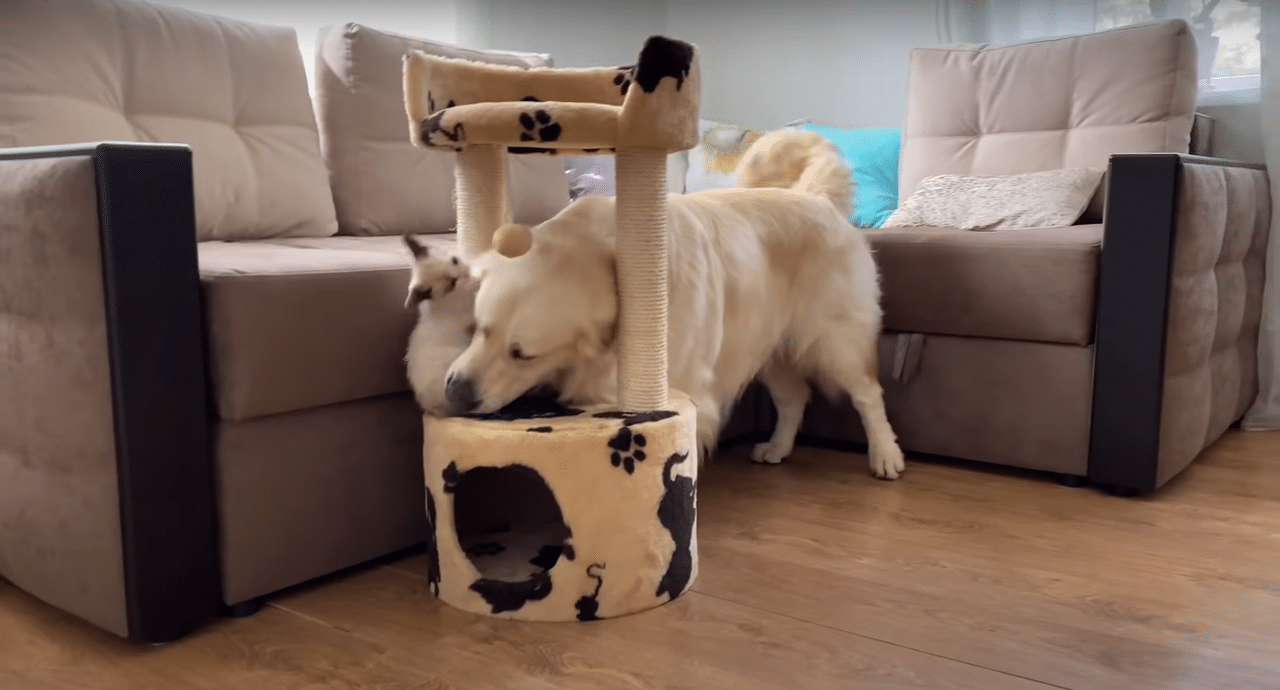 Bailey then took his space invasion a notch higher, poking and play-biting at his disgruntled housemate. Simon scrambled to get away from the determined doggo to no avail.

The cat then decided to seek refuge from the couch, but the playful doggo followed him everywhere. Simon dodged, Bailey lunged. 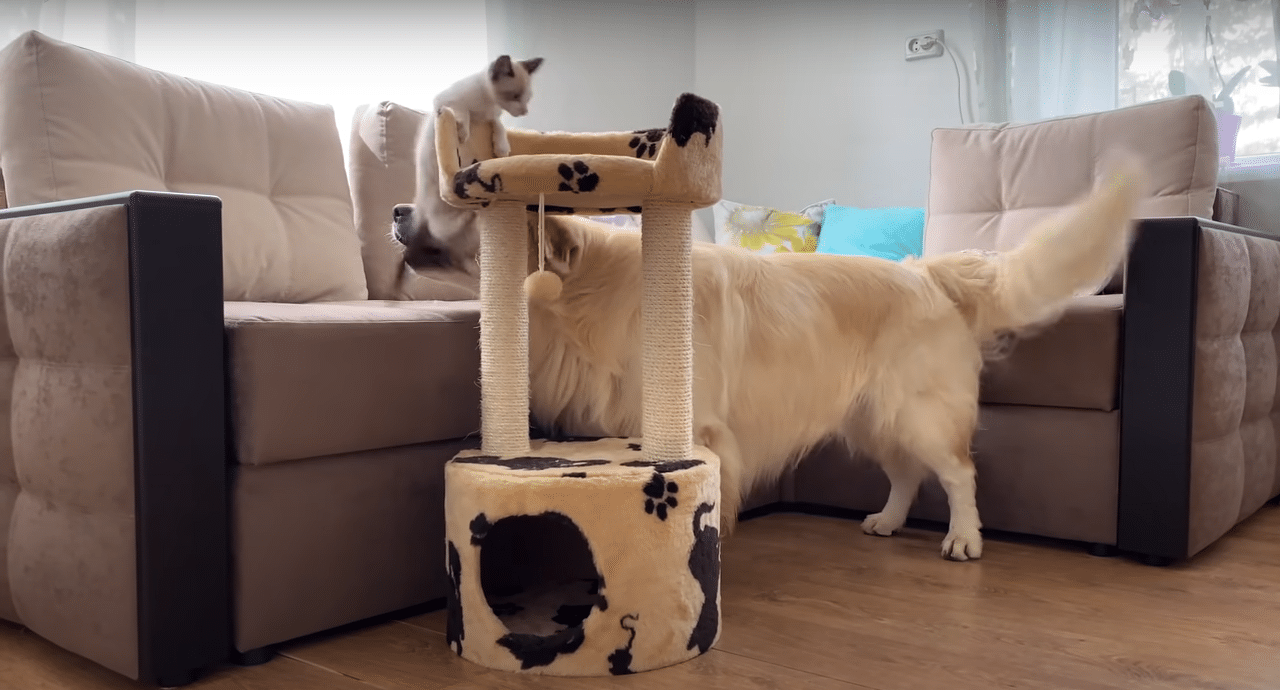 Simon thought enough is enough, and he proceeded to use his claws. That’s when you know that things started to take a turn for the worse.

Incredibly, Bailey ignored it and continued pushing his feline friend’s patience to the limit. We think that Simon couldn’t go all ninja on Bailey, but there were sharp slices in there somewhere. 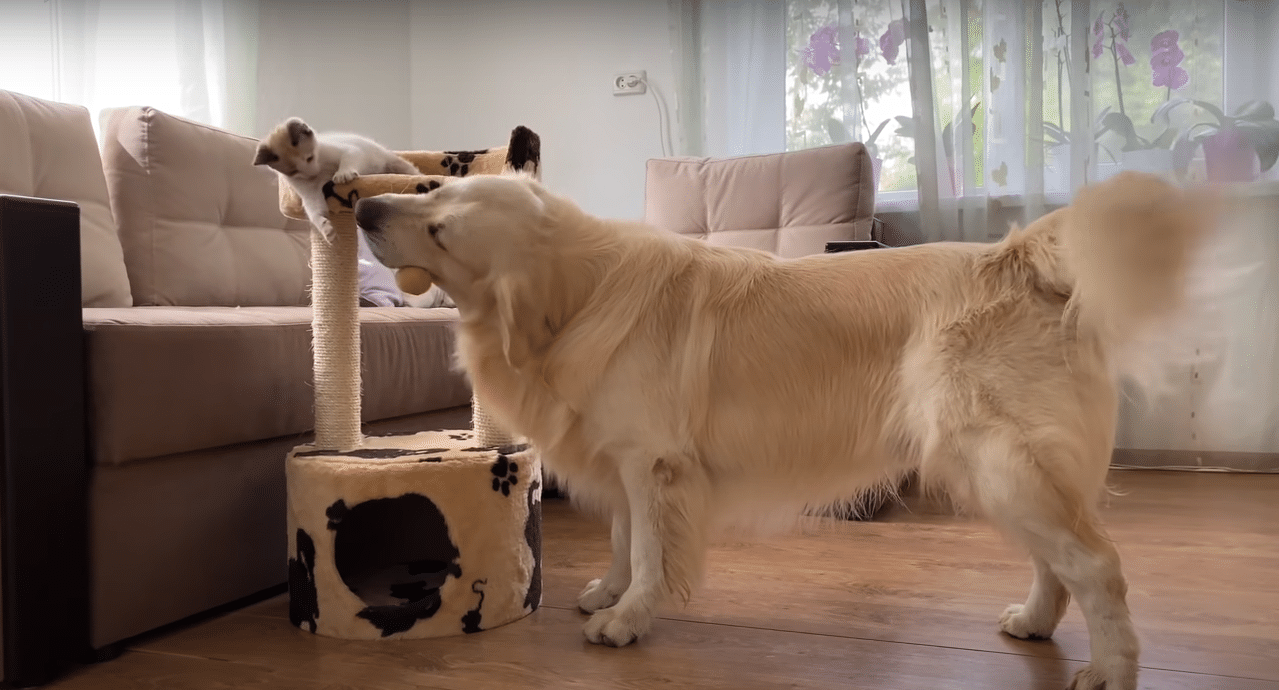 In the end, Simon accepted that no matter what he does, Bailey will always be in his space. He may not like it, but that’s how things are.

Bailey gave a goofy, triumphant smile, knowing that he won the war. Sure, there were some scratches on his face, but all’s well that ends well.

Photo and video credits to This is Bailey via YouTube 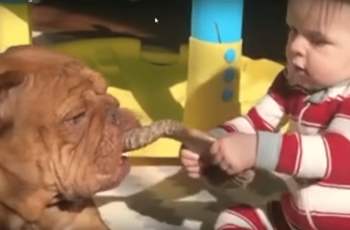 Here’s another dog story that will warm your hearts and … 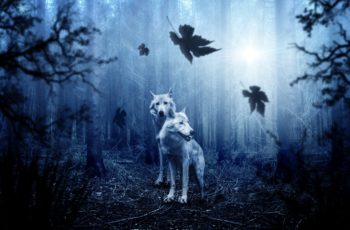