As fur parents, all of us have the responsibility to love, care, and value our pups. But sadly, not everyone lives true to this responsibility. Some people view their pups as commodities that they can get rid of once they’ve lost interest in them. That’s exactly what happened to one Golden Retriever whose owner decided to abandon him.

Alyssa Ott and Brandon Price recorded a woman abandoning her pup in a park. The video started with a car pulling over on the side of the park’s driveway. A woman came out from the driver’s seat and opened the backdoor to get her Golden Retriever out of the car. The pup came out with his tail wagging, probably thinking that they were going for a walk.

However, the video then shows how the woman hopped back into her car and drove away, leaving the confused pup all by himself. Thankfully, I Paw’d It Forward was made aware of the abandoned pup and quickly came to his rescue. The rescue center even posted the recorded clip on their Facebook page to spread awareness to people not to forsake their pets.

On the post, the staff members of the center expressed how upset they were over people who abandon their pets. They wrote how lonely and confused pups would feel when the person they’ve devoted their whole lives to suddenly disappears. The post also discussed how some abandoned dogs are never found. Abandoning a pet is never the solution. There are resources available for an owner who finds himself in a position where he can no longer care for his pet.

The post then stated that the pup is now being cared for. As for the negligent owner, she was found and admitted to abandoning her pup named Henry. She will be prosecuted for animal cruelty under the Clark County laws. If you would like to help more pups like Henry, you can do so by participating in the fundraiser Brandon Price is running for I Paw’d It Forward. 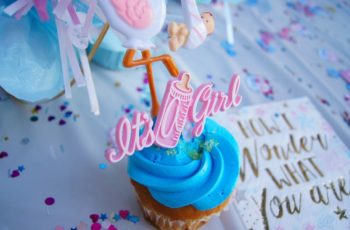 Adopting a dog from a local shelter is a big …

Did you ever have that experience when you thought the …